Facebook-f
No products in the basket.
0,00€ Basket 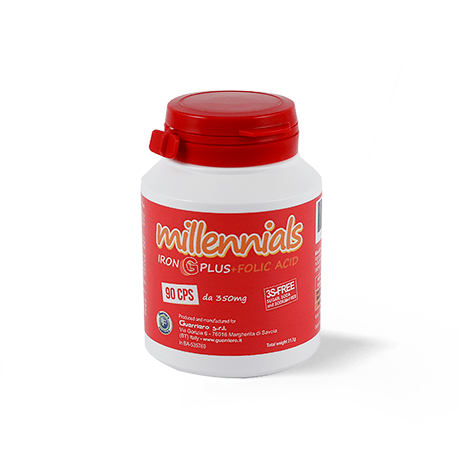 Iron (Fe 2+) is a key element in the metabolism of almost all living organism. In humans, Iron is an essencial component of hundreds of proteins and enzymes. Much of the iron in the body is attached to a protein in red blood cells that carries oxygen to all of the tissues HEMOGLOBIN. Extra iron is stored in the liver, bone marrow, spleen, and mucles.

The European Food Safety Authority (EFSA), which provides scientific advice to assist policy makers, has confirmed that a sufficient intake of iron is important as it helps the body, as a component of proteins (enzymes), to:

Sufficient Iron ( Fe2+ ) is critical to several immune functions, including the development and division of white blood cells which are used for killing infectious agents (e.g., bacteria).

The most important use of Iron ( Fe2+ ) supplements is to treat anemia (low levels of iron in the blood) caused by iron deficiency resulting in diminished oxygen transport.

Pregnant women, young women during their reproductive years, and children tend to be at the highest risk of becoming deficient in iron.

The most common symptoms of anemia are weakness and fatigue.

Contains also FOLIC ACID
A sufficient intake of vitamin B9, occurring as folate (in foods) and folic acid (in supplements), is important as it helps the body as a coenzyme to: